In 1846, along with his older brother James, he started a successful engineering company at Clyde Bank Foundry in Govan, from which they set up a shipbuilding branch at Bankton, just East of Govan in 1851. The first ship produced was the ‘Mountaineer’, launched on Thursday, 15 July 1852. This 175 ft paddle steamer was constructed for use on the West Highland trade routes, then run by David Hucheson, and later David MacBrayne. Around 40 vessels were made in total, with names such as Clansman, Columba and Claymore.

Thomson’s iron-hulled, schooner-rigged, screw steamer ‘The Fingal’ (1861) gained great notoriety during the American Civil War when the Confederate army used this ship to break through a Union blockade at Savannah. It was written that ‘No single ship ever took into the Confederacy a cargo so entirely composed of military and naval supplies.’  ‘The Fingal’ was later iron clad and converted into a confederate warship called ‘The Atlanta’. Later in the war this ship was captured by the Union, then renamed the ‘USS Atlanta’ and subsequently used against Southern troops at Richmond and Fort Powhatan.

In 1871 his son James Roger Thomson purchased extensive lands at Barns of Clyde in Dunbartonshire, diagonally opposite the confluence with the Cart. The Govan yard and Thomson’s entire operation was transferred across to the North Bank of the Clyde, bringing with it the name Clyde Bank - later to be taken up by the town that grew around it. In 1899 Thomson’s magnificent shipyard was bought out by John Brown and Co. of Sheffield and arguably became the most famous yard on the Clyde.

During his lifetime George Thomson remained heavily devoted to his business and was rarely seen or known in public. His yards employed more than 1,500 men. The last ship designed by George Thomson was a 3,000 ton steam powered vessel named the ‘Russia’ 1865, a mail ship for Cunard. At the time of its construction it was the largest and most important vessel operating on the Atlantic and was able to cross the ocean inside nine days. A kindly and modest man, despite his success it is recorded that Thomson never lost the broad Anderston "Doric" in his speech. He died on 29th June 1866 aged 51. 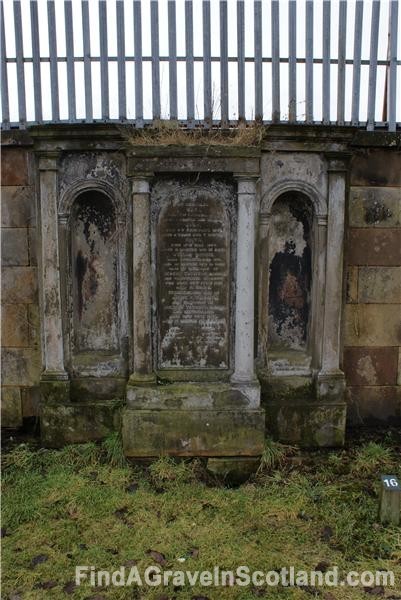