James Cousland, Architect (1832-1866) was born the son of Alexander Cousland and Elizabeth Stark. His family were prosperous wire manufacturers with a business in Mitchell Street, Glasgow.

While articled to Charles Wilson (refer to the Southern Necropolis gatehouse 1848 and  Cousland met up with James Boucher, who was seven years his senior, and together they formed a partnership in 1853. In 1857, they built for themselves a pair of semi-detached houses, Swiss Cottage at 35-37 St Andrews Drive, Pollokshields. James Boucher then built a similar Swiss Cottage for a holiday home at Coulport, Loch Long. Their business was quick to take off and together they worked on many designs which included the Gothic Renfield Free Church on Bath Street, a large block of warehouses and shops at the corner of Gordon Street and Renfield Street (1857-58), the Romanesque Free Church at Kinning Park (1862-64) and a considerable number of ambitious villas which were exhibited at the Royal Scottish Academy in 1860 and the Glasgow Institute in 1861.

The Cousland family had business connections with John Kibble whose father owned a wire and metal warehouse at Turner’s Court on Argyle Street. In the early 1860’s Kibble built a large Italian Romanesque villa called Coulport House opposite James Boucher’s Swiss Villa at Loch Long. Kibble engaged the partners to design his conservatory which in enlarged form became the Kibble Palace in the Botanic Gardens in Kelvinside. James Cousland is said to have made a model of the Kibble Palace in wire to show John Kibble what it would look like.

The ironwork for the Kibble Palace was undertaken by John Boyd of Paisley. Sadly though, James Cousland`s career was to be short-lived. It was thought that a fatal on-site accident during the building of the Renaissance Free St. George’s Church greatly affected his health and contributed to his early decline. He died at his home, the aforementioned Swiss Cottage, after several months of paralysis on 12th June 1866. James Boucher carried on the work of the company, and in 1875 went into partnership with one of his own students Henry Higgins (also his assistant for two years). The firm then became known as Boucher & Higgins 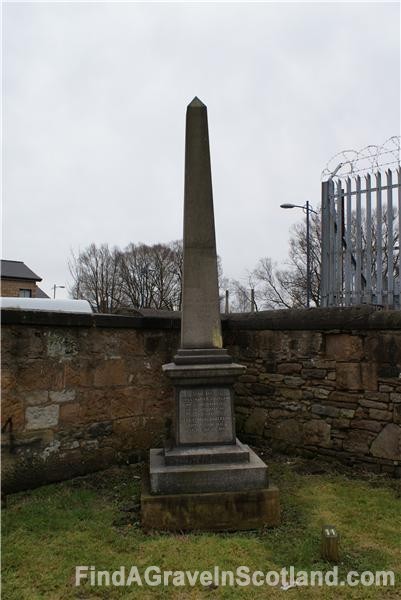