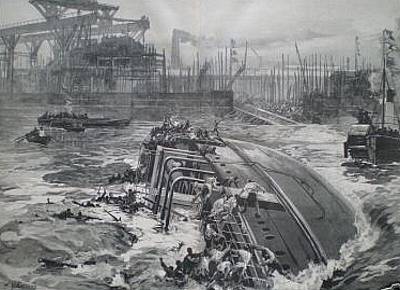 On July 3rd 1883the small steam coaster Daphne was launched from Alexander Stephen's Linthouse Yard on the Clyde. This single screw, iron hulled, she was 177 ft long by 25.3 ft beam, giving a length to beam ratio of 7.0:1 Daphne had been ordered for the Glasgow, Dublin and Londonderry Steam Packet Co, which later was absorbed into Burns Laird, now part of P&O.

Fitting out was well advanced, but delivery was scheduled for early August, so nearly 200 men were on board so that they could keep on working while the ship was towed to Broomielaw. Just before noonthe ship was launched, slipped quietly into the Clydeand came to rest due to the action of the drag chains.

As was usual in the launching of ships two anchors and cables were employed to check the way on the vessel after she had entered the water. On this occasion the checking apparatus failed to function. The starboard anchor moved some six or seven yards, but the port anchor dragged for about sixty yards and the current of the river catching the ship at a critical moment turned her over on her port side. The Daphne sank immediately in deep water, being completely submerged at high tide.

Within a few seconds of coming to rest, the ship suddenly heeled to port, paused, recovered slightly, then heeled over again, this time not slowing or recovering. The ship rolled over completely, trapping most of the complement below decks.  The speed of capsize was assisted by the men all sliding to port, 30 tons of loose gear on deck doing the same, and by water entering the ship through the boiler access hatch.

The disaster was witnessed by a large number of people, many of whom had relatives on board. Despite the best efforts of rescuers, only about 70 survivors were recovered, a total of 124 men and boys losing their lives.

The ship was righted a few days later and taken to what became Govan No 1 drydock, then known as Salterscroft Graving Dock, where she was subjected to exhaustive stability tests. An enquiry was opened and much detailed evidence was collected. Stephen's were commended for the assistance they gave the enquiry, no fault was found with the launch arrangements at Linthouse and the cause was reported to be little initial stability combined with excessive loose gear and personnel aboard.
The yard was exonerated from any blame. This led to claims of a cover up.

One of the outcomes of the disaster was the limiting of personnel aboard to only those necessary for mooring the ship after the launch.

The ship was raised and repaired at Govan Dry Docks and she emerged as the ROSE. They say that she was completed in 9/1883 as ROSE and grounded at Farlane Point, Millport on 1/3/1984, sold later the same year to John Bell & Co., Prestwick, renamed IANTHE and employed in the Eastern Mediterranean. Sold 1890 as ELENI, Navigation Orientale and 'believed mined off Tenedos on 10/12/1918'

The Day had dawned like any other one.
The Mother yawned and kissed her only son.
Watching as he slowly spread his wings.
Anxious as she cut her apron strings.
The Father walked beside his little boy.
The Offspring talked of dreams of hope and joy.
Apprenticed to his father would be hard.
Aboard the 'SS Daphne' in the yard.
His pride, a lass, was ready for her naming.
The Clydealas, so greedy for the claiming.
When champagne bubbles drenched the hull.
The sky had turned a deathly dull.
Then down the slipway trailing chain.
The cheering crowd all wet with rain.
Foghorns blaring in celebration.
Tugboats waiting in anticipation.
In the blink of an eye the scene had changed.
Him in the sky had another arranged.
Into the river the steamship splashed.
With one dreadful lurch all hope was dashed.
Hope and dreams of the deep blue ocean.
As 'Daphne' was listing a circular motion.
The woeful Day wore on and on.
The Mother knew all hope was gone.
The Father she had come to cherish.
Among the ones who were to perish.
The Offspring, scarcely in his teens.
Remains with her in all her dreams.
The Day has ended, but Him above.
Will hold the souls within His love.


A memorial park exists in Govan to mark the loss of so many lives. 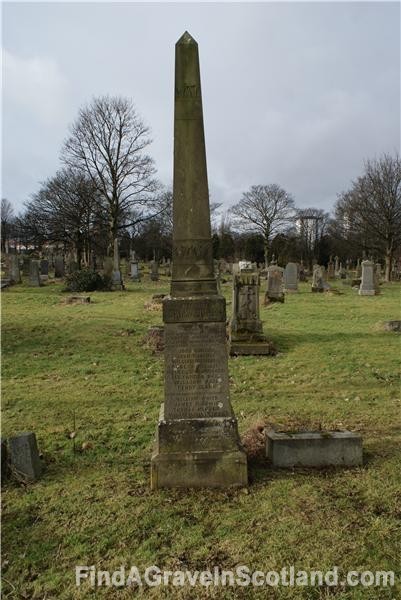