Sir John first entered public life as a member of Govan Police Commission. At his election he was known to be in favour of the annexation of Govan to Glasgow.  He entered the Town Council of Glasgow as a representative of the Kingston Ward in 1886 and was successively re-elected. He held office for a period of five years, from 1891 to 1895, as a magistrate of the city, and was senior magistrate in 1895. He was Master of Works in 1902, and succeeded Sir Samuel Chisholm as Lord Provost in 1903.

Prior to his elevation to the Civic chair he was Convener of the Watching and Lighting Committee and secured the erection of the Fire Station in Ingram Street. In addition to the work of that office, he took an interest in the other departments of the Corporation and was instrumental in securing the passing of the Glasgow Buildings Regulations Act, under which structures are now erected in the city. He also took part in  the great Glasgow International Exhibition of 1901 and in entertaining the many distinguished people who visited the city. In 1895 his colleagues of the Town Council and Clyde Trust acknowledged his many services by presenting him with his portrait. As Lord Provost he was Lord Lieutenant of the County of the City of Glasgow, Chairman of the Clyde Navigation Trustees, a member of the Glasgow University Court, a member of the Carnegie Educational Trust for Scotland and President or Director of a large number of the charitable and philanthropic organisations of Glasgow.

He was a Justice of the Peace and a Deputy-Lieutenant of the County of the City of Glasgow. He was created a Baronet of the United Kingdom on the occasion of the visit of the King and Queen to Glasgow in May, 1903. Sir John married first, Margaret Jane, daughter of James Adam, Glasgow (she died in 1896), by whom he has one son, William Louis, and secondly, Anna, daughter of Mr. Alex. Spence Wylie, of Glasgow.

His hobbies are photography, music, bowling, and travel. He was a good singer, and for many years officiated as honorary conductor of the choir of Ibrox U.F. Church. 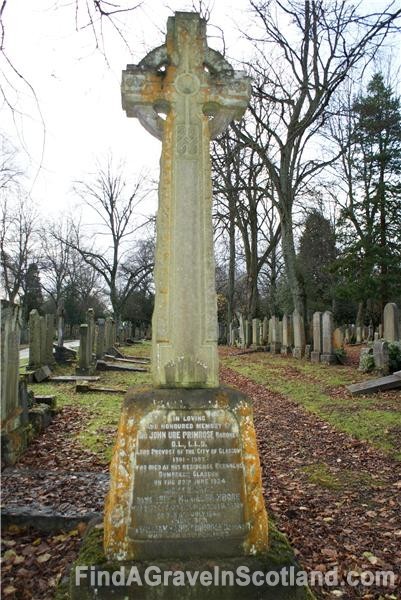