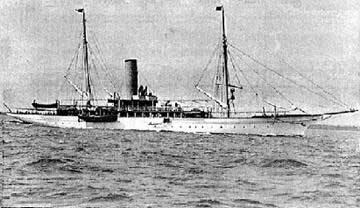 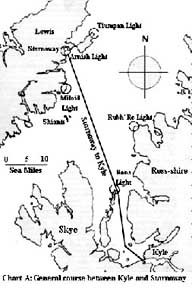 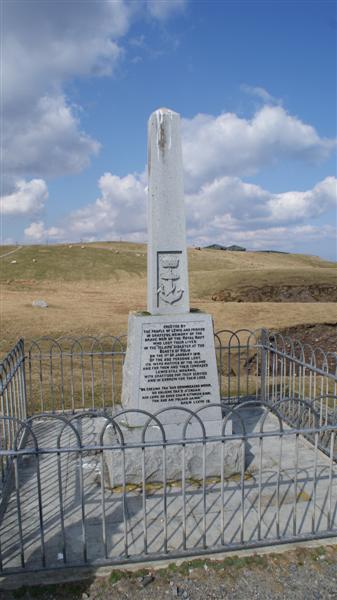 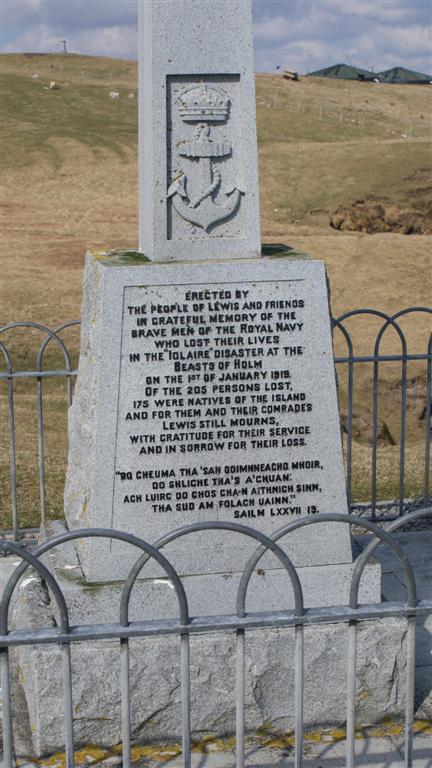 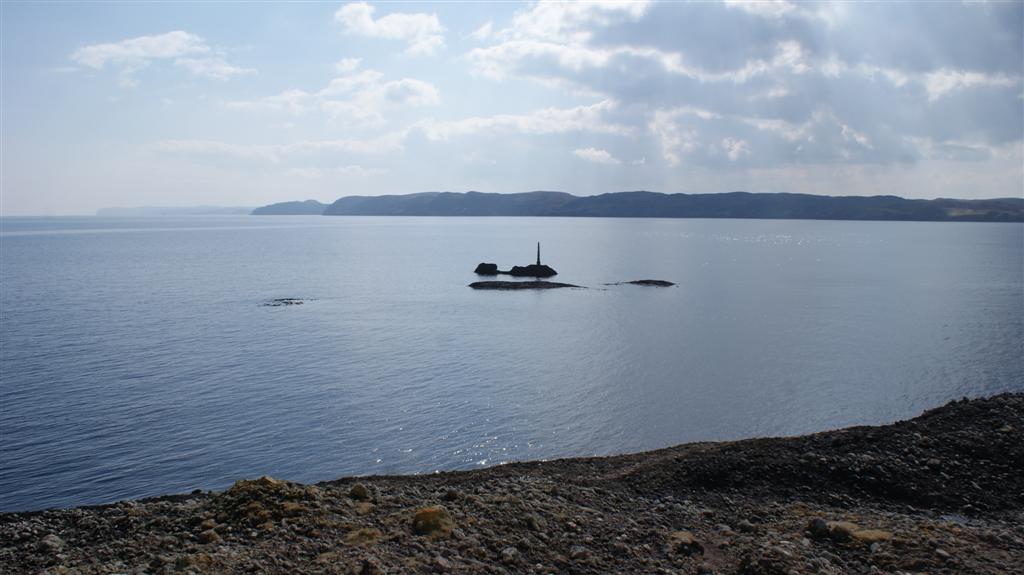 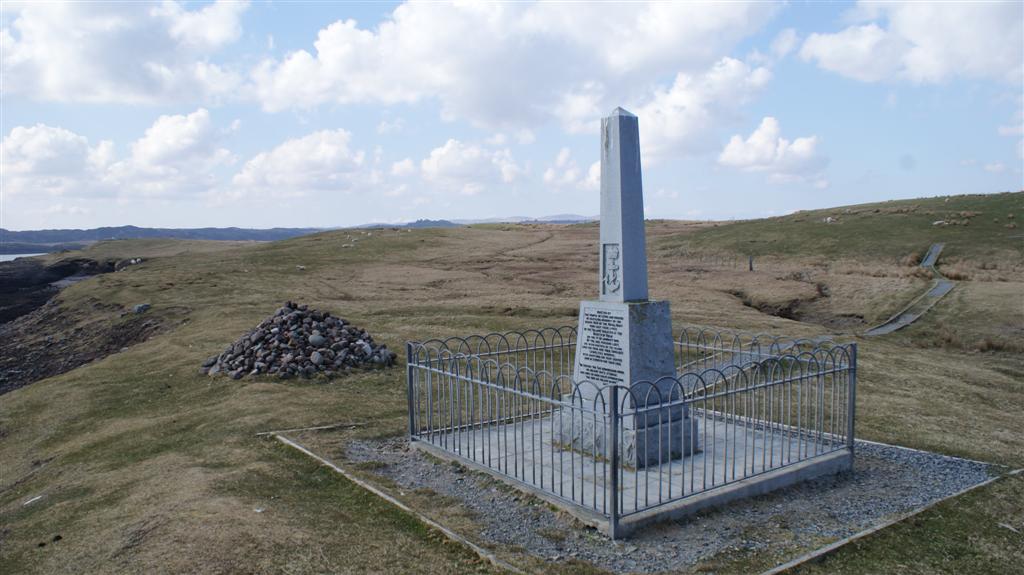 The story of the Iolaire, Gaelic for Eagle, is one of the most tragic in the history of the Western Isles. Early on the morning of the 1st January 1919, two months after the end of the First World War, the Admiralty Yacht Iolaire was approaching Stornoway harbour in the Island of Lewis carrying Naval Ratings returning home for New Year’s leave when she foundered on rocks. 205 men died within 20 yards of the shore just a short distance from the pier at Stornoway where local people were waiting to welcome home their men folk.

The yacht Iolaire  (634 tons) was built in 1881 by Fergusons of Leith. Her original name wasIolanthe which was later changed to Mione, later again changed to Amalthaea and finally changed in late 1918 to Iolaire. During the First World War she had been fitted with guns and was used as a reserve patrol vessel in the Portsmouth, Shetland and Yarmouth sea areas.

Although hostile operations were still taking place in the Baltic and Northern Russia, the First World War was over and home leave was granted to thousands of Naval Ratings over the Christmas and New Year period. Priority for Christmas leave was given to English ratings and priority for New Year’s leave was given to Scottish ratings. For the men of the North and the Western Isles getting home involved a long journey by train from the South West, the South and the South East coasts of England.  Special trains left London for Glasgow, Stirling and Perth and onwards from Perth to Inverness. At Inverness the Highland Railway took the men bound for Lewis, Harris and Skye to the railhead at Kyle of Lochalsh where the Movement Officer, Lieutenant Commander Walsh, awaited their arrival with two ships, the MacBrayne Mail Steamer SS Sheila and HM Yacht Iolaire.

By this time expectations ran high and the men simply wanted to get home. At Kyle they were paraded and divided into Lewis men bound for Stornoway, Harris men bound for Tarbert and Skye men bound for Portree. Unwilling to wait, some of the Harris men joined the ranks of the Lewis men knowing that when they reached the Long Island they could make their way home relatively easily. With spare capacity available sixty men were ordered aboard the Mail Boat SS Sheila, the rest boarded the Iolaire.

The Iolaire, Captained by Commander Richard G W Mason RD had two officers, First Officer Lieutenant Leonard E Cotter and Chief Engineer Sub Lieutenant C Rankin and a crew of twenty one. Although she had a capacity for 80 people on board with 80 life jackets and places in the boats for 100 Iolaire now had 284 men aboard as she set out for Stormoway in typical winter Minch weather, squalls and drizzle. It may well have been desperation just to get home and concerns over discipline and drinking that led such risks to be taken in these dangerous waters.

Iolairecast off from Kyle at 7.30pm on Old Year’s Night. At half past midnight she was twelve miles from Stornoway where the armed drifter Budding Rose was waiting to escort her into harbour. At 1am the Captain and the lookout went below leaving Lieutenant Cotter on the bridge. Perhaps confused by the lights and apparently with no experience of entering Stornoway Harbour at night, the Iolaire was sailing too far east and just before 2am on New Year’s morning she struck the rocks at the entrance to Stornoway called the Breasts of Holm. There she foundered twenty yards from shore, broke her back and sank. 205 died, including the three officers.

Probably due to New Year celebrations on the Island response from the shore was slow. One Naval rating from the Iolaire managed to get ashore to the rocks with a line attached to a hawser which he wrapped around himself and brought forty men to safety. Thirty nine others survived the freezing water and reached the shore, the remainder perished. The findings of the subsequent inquiry were inconclusive. 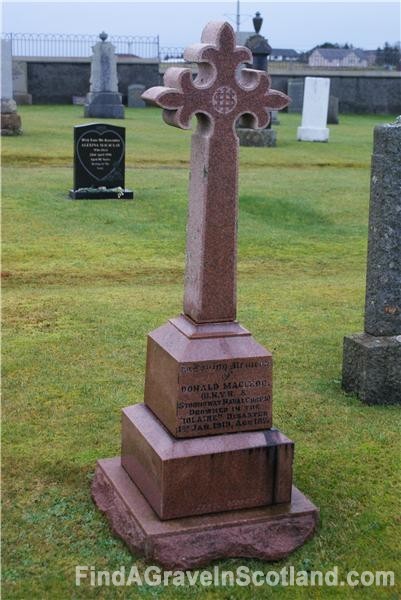