Gardiner was born near Crieff in Perthshire in 1860, the son of John Gardiner, a crofter, and his wife Harriet (née Allan). He was educated at Morrison’s Academy in Crieff and also received private tuition. In 1887 he married Elizabeth Maude Christie the daughter of an engineer from Ruthvenvale, near Auchterarder Elizabeth Gardiner died of heart failure in a Londonnursing home in 1921  and in 1922 Gardiner married Elizabeth Christie  whose father had homes in Mokameh in Bengaland at Comrie

Gardiner followed his father into agriculture. He built up a seed potato and grain merchant’s business in Perth. He became a tenant farmer and developed one of the largest potato farms in Scotland, occupying an extensive portion of land on the DrummondCastleestate of the Earl of Ancaster had a distinguished career in Scottish agriculture. He was sometime Director of the Scottish Chamber of Agriculture [1]and President of Scottish National Farmers Union During the Great War he served as a Member of the Ministry of Agriculture,FISHERIES and Food, Potato Advisory Committee.He was also a Member of the Council of the National Institute of Agricultural Botany. He was an acknowledged expert in practical agriculture in all its advanced branches and was an authority on agricultural plant breeding, raising several of the most popular immune varieties of potatoes in cultivation.[ He later passed from specialising in potatoes to general farming and stock-breeding

Gardiner first stood for Parliament at the 1918 general election as Liberal was a Archibald Stirling who had represented one of the previous seats covering part of the same area, West Perthshiresince winning a by-election there in February 1917. Despite Gardiner’s support for Prime Minister David Lloyd George, it was Stirlingwho was awarded the Coalition coupon. However it was Gardiner whowon the election, one of the few Liberals to be elected against the coupon, and he then loyally supported the Lloyd George coalition in Parliament. Gardiner defeated Stirlingin a straight fight by a majority of 604 votes. At the 1922 general election Gardiner stood as a supporter of Lloyd George under the description National Liberal and, despite the narrowness of his victory in 1918, he was returned unopposed. He stood down at the next election. 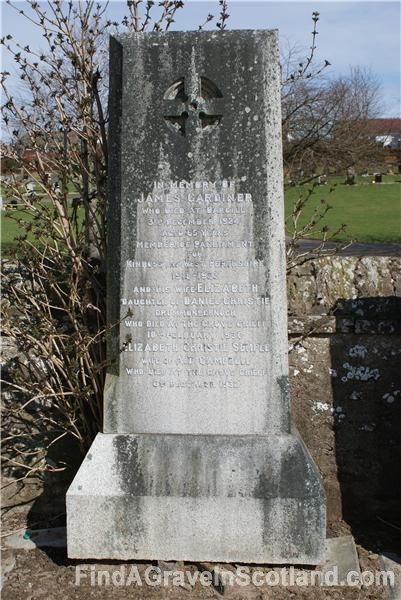