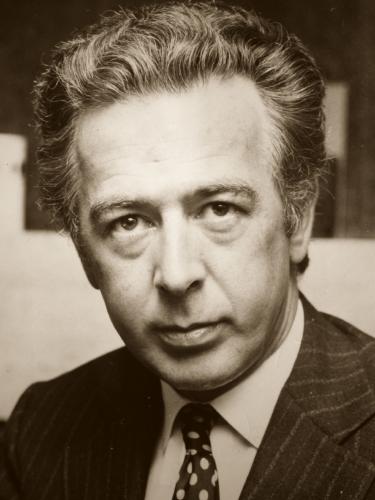 Fraser was destined to join the family business. By 1966, when he took over the House of Fraser empire from his father, Lord Fraser of Allander (1903-66), the department store was going out of vogue and he inherited surplus capacity in many towns He set up the Hugh Fraser Foundation in 1960 which purchased the island of Iona from the Duke of Argyll when the Duke came upon hard times. In 1979, the foundation gave the island to the National Trust for Scotland in memory of Fraser's father. More Info

Son of John Mason, builder, and born at Airdrie in 1844, the late Lord Dean of Guild was educated at Anderson's Academy in Glasgow. In 1876, along with Mr. John Morrison, he established the firm of Morrison & Mason. Among their works are the Glasgow City Chambers, the Clyde Trust Offices, the new Glasgow Bridge, Carlisle and Paisley Station. More Info

Builder of many of the greatest bridges of his time, with many still standing to this day such as the "new" Tay bridge, London Tower Bridge and the Forth Rail Bridge. More Info

Trained Stonemason Based in paisley but creating many monuments and headstones all over the glasgow area. More Info

Teenager Rachel Douglas was among 1,800 millworkers who travelled from Paisley to Portpatrick, Dumfries and Galloway, on July 3, 1909 to enjoy a Sma' Shot Day trip More Info

Lilley was the son of Francis John Charles Lilley, who had founded F. J. C. Lilley Ltd, a Glasgow-based civil engineering company. He was educated at Bellahouston Academy, and worked for the family firm before joining the Argyll and Sutherland Highlanders in 1934. However, he left the regiment in 1940 to return to Glasgow, where he joined the 12th Battalion of the City of Glasgow Home Guard on its establishment in 1941; he was promoted to Lieutenant-Colonel in 1942. More Info

Shipbuilder and supplier to the Admiralty with his patented Steam steering gear. More Info 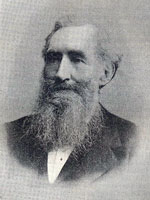 John Polson was a famous cornflour manufacturer. Born in Paisley in 1825, he attended Paisley Grammar School and the Andersonian College in Glasgow before joining the family business. John's father, also John, and his father's brother William, were manufacturers of muslin in Paisley. Another firm of muslin manufacturers, William Brown and Son, relocated from Glasgow to Paisley and the two firms cooperated on the process of bleaching, scouring and starching the muslin cloth. They conducted this process at T More Info 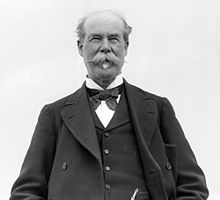 Sir Thomas Johnstone Lipton, 1st Baronet, KCVO (10 May 1848 ? 2 October 1931) was a Scotsman of Ulster-Scots parentage who was a self-made man, merchant, and yachtsman. He created the Lipton tea brand and was the most persistent challenger in the history of the America's Cup. More Info 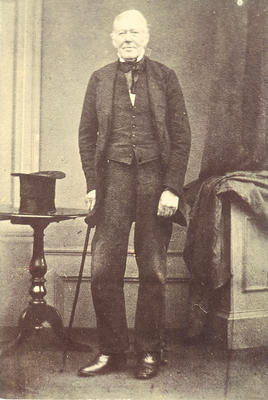 John Robertson (1782-1868) was the engineer who designed and built the engine for the steamship Comet. After an apprenticeship as a spinning wheel wright and at a Perthshire cotton works he came to Glasgow as a machine maker. He became interested in steam heating, engines and boiler efficiency and, after setting up on his own account in Dempster Street in 1810, he developed systems for heating mills and factories. The Comet was only the second steamship ever to be built in Britain, the first being the Char More Info 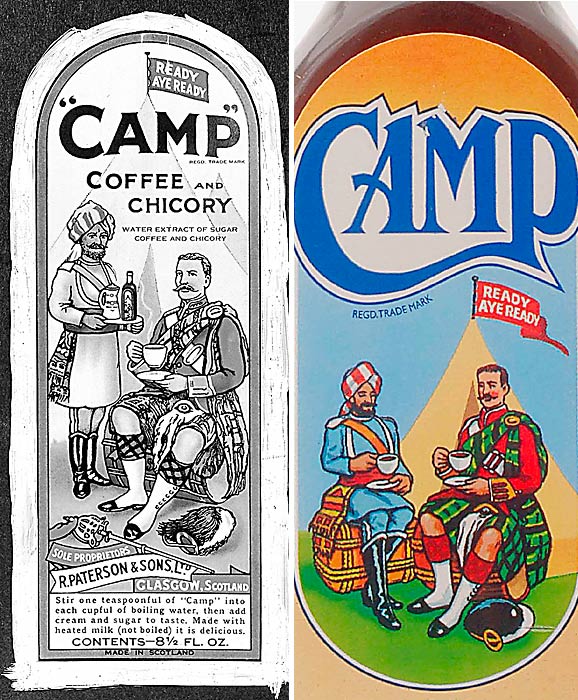 In 1868 he was joined by his son Campbell and began to diversify into sauces, ketchup and fruit wines. Eight years later, following the death of its founder the Paterson Company was catapulted to fame with the first instant coffee: Camp Coffee (an essence of coffee-beans, chicory and sugar poured from a distinctive bottle). The origin of Camp Coffee is believed to have come from a request from the Gordon Highlanders to Campbell Paterson for a coffee drink that could be used easily by the army on field campa More Info 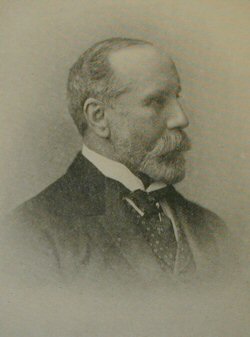 SON of the late James Craig and Margaret Brown, Mr. Hunter Craig was born at Partick in 1839, and was educated at Partick and Glasgow Academies and privately. In 1873 he founded the mercantile business of R. Hunter Craig & Co., Ltd., produce and flour importers, of Glasgow, Liverpool, and London, of which he is chairman. For fourteen years he was the Chairman of Skelmorlie School Board. He was also a Director of the Scottish Temperance Life Assurance Co., Ltd., and has given a life-long attention to philant More Info

Mr J H Carruthers started the company J H Carruthers in Polmadie in Glasgow in September 1887. Today the company called Konecranes UK has been based in East Kilbride since 1959. Not many companies today can say they have been in business, without a gap in trading, for 120 years! Names may have changed over the years, but the company?s prowess in engineering has continued to grow. More Info 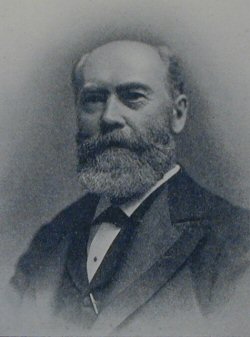 Second son of the late Robert Rule, yarn merchant in Paisley, Mr. Rule was born at Rothesay in 1837. He was educated at the Grammar School of Paisley. More Info 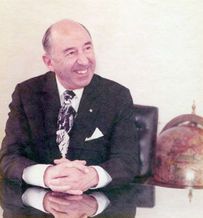 Alexander Stone was born in 1907. His Russian-born parents were driven out of their native land by a Cossack pogrom and arrived in Glasgow in 1903 with few possessions and little money. They settled in the Gorbals area of Glasgow with other Jewish immigrant families. More Info 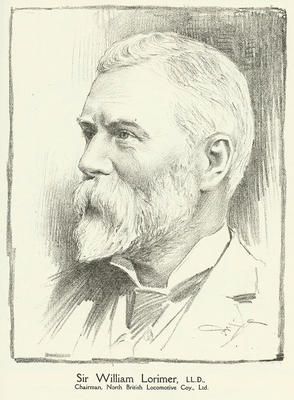 A native of Sanquhar, Dumfriesshire, he was born 4th November, 1844 . The Chairman of the North British Locomotive Company, who was also Chairman of the Steel Company of Scotland, was the head of two of the most gigantic "concerns" in Scotland. More Info 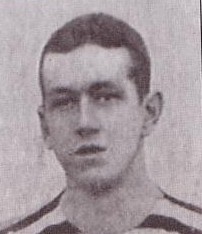 Better known as R S McColl, thanks to the chain of newsagents he founded with his brother Tom in 1901, Robert Smith McColl had two spells at Queen's Park, the first from 1894 to 1902, and the second from 1907 to 1910. Until the recent relaxation allowing former professionals to play for Queen's, "Toffee Bob" was also one of the few ex-professionals allowed to return and play for Queen's. Born in 1878, he was signed for Queen's Park as a 16 year old from Benmore, a now defunct club from Mount Florida, and More Info

Sir Thomas Guthrie Russell K.C.S.I. K.C.I.E... B.sC was born on 19th January 1887 Educated at Glasgow Academy, he studied engineering at Glasgow University and took the degree of B.Sc in 1907. For the next three years h served his engineering apprenticeship with Messrs Niven & Haddin, civil engineers,Glasgow, and in 1910 joined the staff of the North British Railway; but his real future lay in India In1913 he became Assistnt Engineer to the G.I.P.R. in 1919 as Assistant Secretary to the Agent in 1920; as More Info

Alexander Cullen was born on 18 June 1856 at Craigneuk, Wishaw, the son of William Cullen and his wife Mary Hill. Initially he was apprenticed to a builder, but he then attended Glasgow University and set up practice in Clyde Street, Motherwell in the early 1880s. In 1889 Colonel H H Robertson Aikman commissioned him to reconstruct The Ross at Hamilton as a major house in the David Bryce manner: it was exhibited at the RSA and the RGI and was widely published, establishing his reputation. An office in Quar More Info 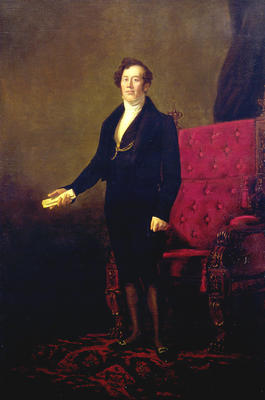 He was interested in the arts and suggested architectural improvements to Glasgow cathedral. Much of his wealth was spent on paintings and sculpture, and on compiling a library. This, along with his collection of gold and silver plate, was later bequeathed to the city. His name remains known through the McLellan Galleries on Sauchiehall Street, although their construction was a financial burden. The council acquired the galleries for ?44,500, and for a time they were known as the Corporation Halls before r More Info 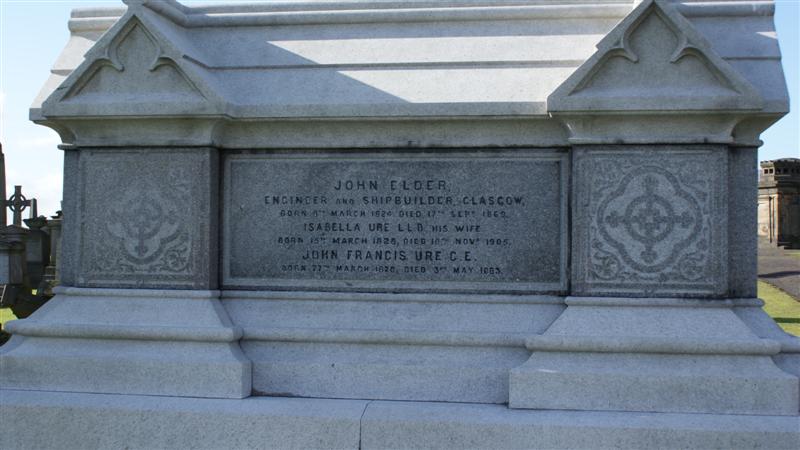 John Elder was a marine engineer and shipbuilder, was born at Glasgow on 8 March 1824. His family was connected with Kinross, where for several generations his forefathers had followed the occupation of wrights, for which they seemed to have a special aptitude. His father, David Elder, settled in Glasgow, and entered the establishment of Mr. Napier, the well-known shipbuilder, under whom, in 1822, ho constructed the first marine engine, which was fitted up in the river Leven for the passage between More Info 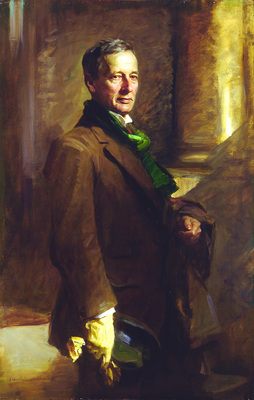 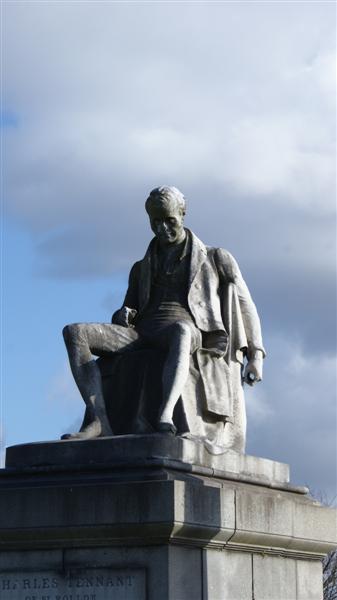 Born at Laigh Corton, Alloway, Ayrshire to John Tennant (1725?1810) and his second wife Margaret McClure (1738?1784). The family had worked the land for generations and were friends with local poet Robert Burns (1759?1796). In Burns' epistle to "James Tennant of Glenconner" Tennant is mentioned as "wabster Charlie" (Scots language: weaver). This referring to the occupation on which Tennant had embarked, namely silk weaving, being apprenticed at the village of Kilbarchan, Renfrewshire. Charles was the ninth More Info

William Robertson was born in Paisley, Renfrewshire, in 1832. Whilst still in infancy, he was taken to live in nearby Renfrew where he grew up and went to school. He was educated at the Old Burgh School and later at the Blythswood Testimonial School, in Renfrew. William Robertson began his working life in 1847 at the age of 15 years, working for the Firm Henderson Brothers, London Works, a branch of the Firm that built the London Crystal Palace. He later started in business on his own account at Bowling, D More Info