He was 28 years old, and a Sergeant in the 1st Bn., Scots Guards, British Army during the First World War when the following deed took place for which he was awarded the VC. On 27 November 1917 at Fontaine Notre Dame, France, when all his officers had become casualties, Sergeant McAulay assumed command of the company and under shell and machine-gun fire successfully held and consolidated the objectives gained. He reorganised the company and noticing a counter-attack developing, repulsed it by the skilful More Info

Rodgers was about 29 years old, and a private in the 71st Regiment (later The Highland Light Infantry), British Army during the Indian Mutiny when the following deed took place on 16 June 1858 at Marar, Gwalior for which he was awarded the VC: More Info 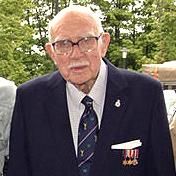 Alex Lees was one of the prisoners who planned the celebrated breakout from the Nazi?s Stalag Luft III camp. As a gardener in the camp, he was able to help conceal the soil which was being dug from the escape tunnels. More Info

Agnes Reston was the wife of James Reston, a sergeant in the 94th (Scotch Brigade) Regiment. With their four-year-old son, she accompanied her husband when in 1810 he was posted to Spain, to the small fort at Matagorda, near Cadiz. When the fort was bombarded by French forces, she removed her son to the safety of the bomb-proof before assisting the surgeon in dressing the fast-increasing numbers of wounded men, tearing up the family?s linen for bandages. More Info

Holocaust survivor and artist; Born September 19, 1921; Died December 11, 2007. Marianne Grant, who has died aged 86, survived three concentration camps largely thanks to a prodigious artistic talent. The title of a book she wrote in her 81st year, I Knew I Was Painting for My Life, starkly summed up her experience of being ordered to sketch death camp prisoners by the notorious SS doctor Josef Mengele. More Info 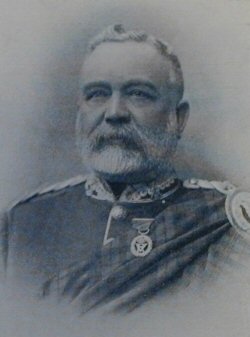 COLONEL MENZIES was a native of the little Perthshire village of Weem, the headquarters of his clan, and began his business career in Leith. He came to Glasgow in 1865, and till his death carried on the business of a wine merchant and whisky exporter in partnership latterly with his son, Mr. John Menzies. He was a member of the Merchants' House and of the Trades' House, in which he was twice elected Visitor of the Maltmen Incorporation. He had been President, and was for many years a Director of the Glasgow More Info